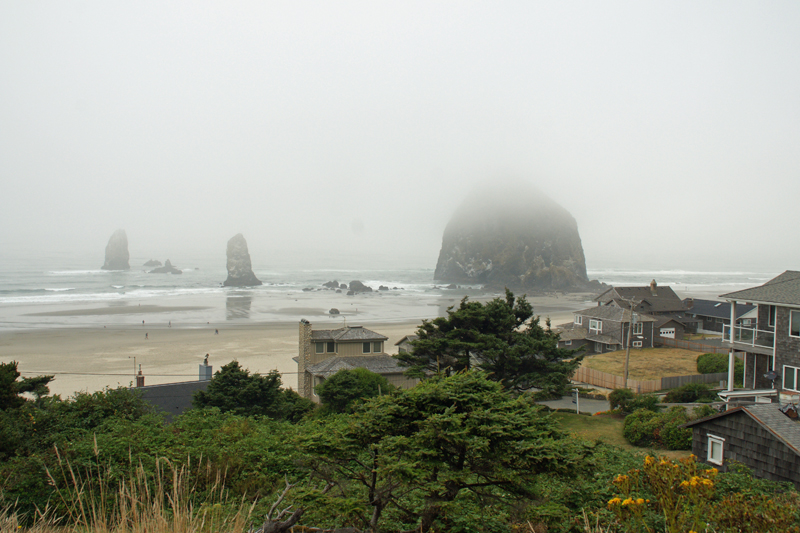 I’ve created the fictitious seaside town of Fredrickport, Oregon for my new Haunting Danielle series. I try to set my stories in locales I’m familiar with. Our son lives in Portland, and during one of our last trips we took a drive along the coast, even stopping by the Astoria house used in Goonies to snap a few pictures. I thought the Oregon coast would be a perfect setting for Haunting Danielle.

In my Coulson Series, the fictitious town of Coulson was patterned after my hometown of Lake Havasu City, Arizona, even down to how it was founded. Sugar Rush was actually set in Lake Havasu City, and While Snowbound was inspired by a mountain community we once lived in, Wrightwood, California.

I’ve been working on the book’s blurb—or book description—for the first book in the series, and this is what I have so far:

If the old house doesn’t need too much renovation, Danielle Boatman intends to turn it into a Bed and Breakfast. Since she has never visited the property, she’s not sure what awaits her in Oregon. One thing she doesn’t expect to find is one of the house’s previous owners still in residence. After all, the man has been dead for almost ninety years—shouldn’t he have moved on by now?

The Coulson Series—It’s about the Women 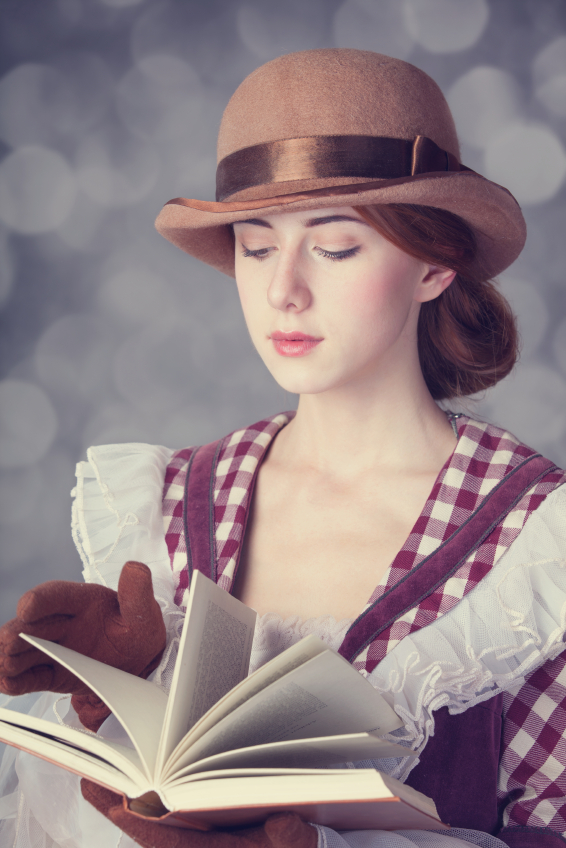 Authors are often asked how we go about writing a book—do we have the story mapped out in our head—outlined on paper—or do we simply start with a blank page and see where our muse takes us. For many writers we do have the story mapped out, yet that doesn’t mean we always end up at the intended destination. It’s not uncommon for some unseen force to seize control and take us in an entirely different—yet deliberate—direction.

I didn’t fully realize The Coulson Series was really about the women—not until I completed the last book in the series, Coulson’s Reckoning. It became clear to me; it had always been about the women.

I’ve been asked by some readers if Coulson’s Reckoning is the final book in the series, to which I respond, we’ll see. Someday I’d like to tell the story of Sarah and Hannah, yet they have some growing up to do.

As for the women, we start with Mary Ellen from Coulson’s Wife. While the book has garnered favorable reviews, several reviewers questioned Mary Ellen’s actions—suggesting an independent woman of the 1920s would not have made her choices.

I strongly disagree with that assertion. Even in 2014 we hear too often of seemingly capable, independent and intelligent women trapped in abusive relationships. Therefore, if we go back almost a hundred years, in Mary Ellen’s time, how much power did a woman who had no friends, no family support and no money really have? Sure there were some independent women from the 1920s who dared to defy social conventions, notably flappers—which Mary Ellen was not.

In Randall’s defense, he was not an abusive husband—really no more demanding than other men from his era. One reviewer called him selfish, but considering the mindset from that time, it really was a man’s world. He cared for Mary Ellen, took care of his family and loved as best as he could. Perhaps we’d like to reinvent history and reality and believe a spunky woman could live whatever life she truly wanted—but even now that goal is often unattainable.

The Mary Ellen at the end of Coulson’s Wife is a very different woman from the obedient daughter who agreed to marry Randall Coulson. Perhaps she didn’t achieve the degree of liberation some readers wanted—I sincerely believe her choices were realistic for her time and circumstance.

In my opinion someone who sincerely believes it is more plausible that a woman from 1920 would defy social convention to achieve personal happiness doesn’t have a grasp on reality—or historical accuracy.

Yes, we’ve come a long way baby, but we haven’t quite got there, and neither have the women from The Coulson Series. However, they are evolving, with each generation facing their own challenges and each finding her own unique voice.

When it was just Lessons

Some people call them book trailers – similar to movie trailers used to promote a movie. Yet, the term book trailer has been trademarked, and if your video wasn’t created by the holder of the trademark, you might want to simply call it a book video.

I’ve made a couple book videos. I don’t think they’re the best way to market a book, but they can be fun.

The first one I made was for Lessons – the first book written in The Coulson Series. I’ve since retitled the book, now calling it Coulson’s Lessons – and two of the four Coulson books written after Lessons takes place prior to it, therefore what was once book 1 in the series, is now book 3.

The video is outdated in that it has the wrong title and cover. In spite of that, I have a soft spot in my heart for the Lessons video, and I thought I would share it with you in this blog post. 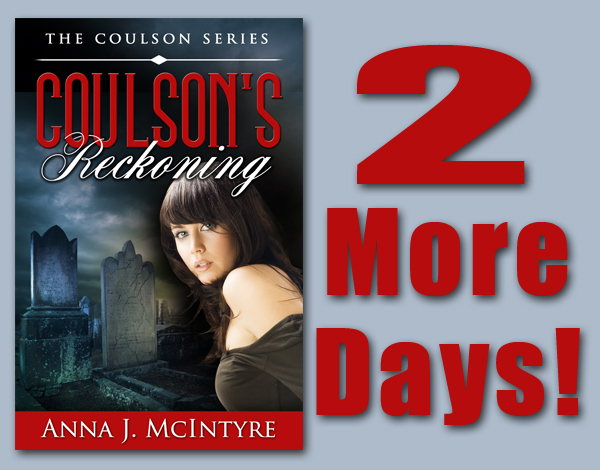 Metal hitting rock was the only sound permeating the moonless night. Struggling with his shovel, the man painstakingly dug the grave, using the heel of his boot to force the shovel’s blade into the unyielding ground. A second man pulled a body from the back of a Lincoln Continental. It hit the ground with a thud.

He dragged the corpse toward the gravesite, taking hold of its feet, which were still clad in pricy imported leather shoes. The lifeless head and shoulders left a pathway in the dirt from the vehicle to the emerging hole in the ground while rigid arms flailed outwards. The dead man’s expensive silk suit was now wrinkled and soiled.

When the killers had surprised him at his motel room, he was just returning from the store, carrying a sack holding a newly purchased bottle of gin. He had opened the bottle while still at the liquor store parking lot and consumed a third of its contents before returning to his room, which was one reason he’d been such an accommodating target.

They couldn’t believe how effortlessly they had surprised him, pushing him into the privacy of his room. They were told he was a professional and he might be expecting someone.

Instead of the Colt 45 they’d brought along, a pillow from the motel bed had done the trick. He’d given them a good struggle, but he was no match for the strength of the two men sent to take care of business.

“I still say we should’ve let him dig his own grave,” the man with the shovel whispered with a labored breath.

“I would’ve been happy to send him to the bottom of the lake in his car,” the man dragging the body muttered when he got to the gravesite.

“Nice car. Shame we can’t keep it.” The gravedigger paused a moment and wiped the sweat from his brow with the back of his sleeve.

“Yeah, well, I guess they want him gone along with the car.”

“I suppose this way, if someone finds the Lincoln, they may figure he’s alive.” Still holding the shovel, he looked down at the hole, trying to calculate how much deeper he needed to go.

“Here, let me dig some.” The second man took the shovel.

“This ground’s a bitch,” the first gravedigger said, his voice louder than he intended. He watched his companion; their only light came from a camping lantern sitting nearby.

“I imagine sound carries up here,” the other man reminded in a whisper.

Silently, they took turns digging. When the hole appeared to be the sufficient depth, the men paused for a moment and assessed the situation. Glancing from the lifeless form to the parked vehicle, the first gravedigger noticed the trail left by the body. He walked to a nearby mesquite tree and attempted to tear off a branch to use as a makeshift broom. He let out a little curse as a thorn from the limb pricked his hand.

“What are you doing?” his companion asked.

Instead of responding, he continued to wrestle with the limb, determined to rip it from the tree. He finally managed to do so, yet not before poking himself twice more with the razor sharp thorns. Using the branch like a broom, he swept it over the pathway left by the body.

“Let’s get him in the hole; you can do that later.”

The man sweeping away evidence hastily completed his task, then tossed the limb aside. Together the two men rolled the body into the hole and covered it with the dirt and rock they had removed. They pushed several boulders over the fresh gravesite and kicked dirt over the area, doing their best to make it blend into its surroundings so as not to make it obvious to any hikers who might wander off the trail leading from the lake to the nearby caves that it was in fact a grave. They both assumed it was deep enough to keep any wild animals from the decomposing flesh.

The man, who had minutes earlier, been sweeping away the pathway left by the body, picked the mesquite branch back up and gave the area a final brushing before tossing the makeshift broom into the nearby brush. His companion doused the lantern and put it, along with the shovel, in the back of the Jeep, which was parked next to the Lincoln.

It was difficult to see, with the area now plunged in darkness. Random twinkling of the stars overhead spread across the black sky. The man who had dragged the body to the gravesite got into the Lincoln while his companion climbed into the Jeep. They turned on the vehicles’ headlights and engines and began driving toward the lake, the Lincoln leading the way. The rocky terrain made a bumpy ride for the Lincoln, but it was a short trip to the shoreline.

The Lincoln came to a stop. The man inside the vehicle turned off the engine and headlights and got out of the car. Instead of putting it in park, he left it in neutral.

He stood by the open door on the driver’s side of the car and looked back at the Jeep, whose front bumper was about to touch the back of the larger vehicle. He watched as the Jeep shoved the dead man’s car into Sutter’s Lake. The man driving the Jeep put it in park for a moment and got out. Together the two men stood at the edge of the lake and watched the Lincoln disappear under the frigid water. Had the Jeep’s headlights been turned off, they would not have been able to see.

After a few moments, they climbed into the Jeep and drove away.

Countdown to the Release of Coulson’s Reckoning!

When Sophie Marino comes to Coulson looking for clues to the 1960 murder of her infamous grandfather – hitman Anthony Marino – her inquiries ignite a series of events, exposing three generations of Coulson family secrets.

It’s a time of reckoning for the Coulson family.