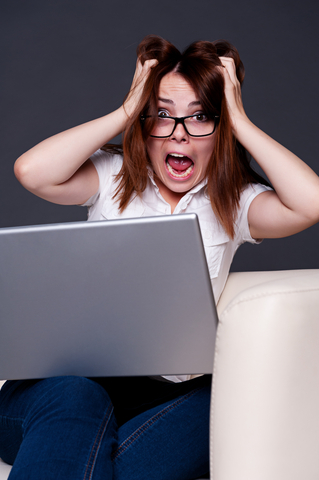 Many independently published authors (aka indies) dream of being approached by a respectable trade publisher and offered a deal. I don’t fall in that category–but that has more to do with where I am in life than the dream itself. I simply want to continue earning an income doing what I love–broadening my reader base without demands of a publisher who requires tours, book signings and gets into my business. But that’s just me. Of course, if some publisher wanted to dump buckets of money in my lap, I’d listen to what they had to say—it’s just not something I dream about.

A number of my author friends have been approached by publishers—a few have been offered life altering and lucrative deals, and I am extremely happy for them. Not just happy—proud.

After one of my writer friends was recently approached by a notable trade publisher, I got to thinking of the changes in publishing—and in social media.

Most indies and online book reviewers are familiar with the term “authors misbehaving” – a label given to authors who some believe have stepped out of line. Often the term is applied unjustly. I know some remarkable authors—both talented and nice—who’ve been unfairly labeled.

Some of the most rabid labelers are themselves aspiring authors—writers who are quick to accuse others of what they themselves are doing.

So, what is the point of this post? Where am I going?

Well. . . not only publishing has changed—the dissemination of information has evolved and morphed—what with Twitter, Facebook, forums and other online venues. Today employers regularly check out such sites as Facebook when reviewing potential job applicants. Therefore, it only stands to reason that an agent or publisher would first check out an author’s online behavior before approaching him or her with a deal.

If they discover the author is obnoxious, spiteful and doesn’t play well with others—it might be enough to tip the scales, resulting in the agent or publisher backing away. After all, there are lots of talented authors out there waiting to be discovered; why bother with someone who is a major pain in the ass? I’m not saying “nice” will get someone a trade deal—but total jerk might kill the deal before it’s offered.

Amazon has its own publishing label—and they are in a unique position because they host the KDP forum and they also own Goodreads—both sites where bad behaving authors frequent. Because of this, I assume it would be relatively easy for them to figure out who is behind the veil. Those folks posting nasty on the KDP forum under an alias from their publisher accounts might be hiding their identity from the public—yet not from Amazon. I’d be surprised if Amazon didn’t first check out an author’s behavior on the forum before pursuing a publishing deal.

My point—if you are one of the aspiring authors who dream of a trade publisher approaching you—and you get a perverse kick out of tormenting your fellow writers and reviewers—you might want to clean up your online behavior (if it isn’t too late) or the only thing that might come a calling is Karma.

And you know what they say. Karma can be a bitch.