In Defense of Cole Taylor 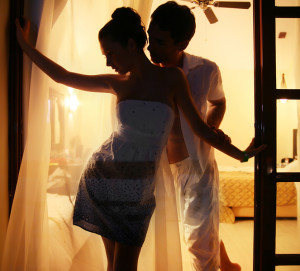 I like my characters flawed. In real life there are no perfect people, no ideal hero that come charging forward on the white stallion prepared to fill our every desire. Of course, the great thing about writing books, we can craft such a character and escape in the fantasy of Mr. Perfect. Some readers will love such a character – others will loath him, and reviewers will point out his implausible nature.

Cole Taylor, from my book After Sundown is no perfect prince charming. He has his share of flaws, and as it turns out, some readers hate him. I have to agree, much of his behavior is not politically correct. Yet, I disagree with some of the reviewers – he is no rapist. He is a product of his environment and personal experiences, and the bottom line – he is basically a good person. I would hope that by the end of the story he has evolved and redeemed himself. He hasn’t made an entire transformation, but he’s progressed. Yet apparently, not enough for some readers.

I totally understand and respect those reviewers’ opinions and disdain for Cole. When reading a book like one from my Sensual Romance Series, a reader is typically looking for a quick romantic escape. These aren’t deep or complex reads; they are simple, light, fluffy romances. Quick reads. But if the reader doesn’t find the male lead personally appealing (and everyone has different tastes) then what fun is that?

Fortunately for Cole Taylor, some readers actually like him. Over on Amazon UK the book has three reviews, all five stars, and one reviewer noted she “was Team Cole all the way through.” On Amazon US, the book has seven 5-stars, two 4-stars, one 3-stars and three 1-star. All the 1-stars loathed Cole, and the 3-star wasn’t too thrilled with him either.

Over on Goodreads, the reviews are really mixed – with four 5-stars, six 4-stars, five 3-stars and six 2-stars. Only three of those rating also left reviews. One was from my daughter, Elizabeth, so I imagine you’ll want to take that one with a hefty dose of salt. Although, she did insist she really liked the book and didn’t understand why some readers had such a problem with the character. Of the other two reviews, one reviewer didn’t mention Cole, but wrote “I enjoyed. Fast read.” The other reviewer called Cole a major asshole.

The good news – the three leading men, of my three books in the Sensual Romance Series, are very different from each other. Yet I will warn you, none of them are perfect, by anyone’s standards.