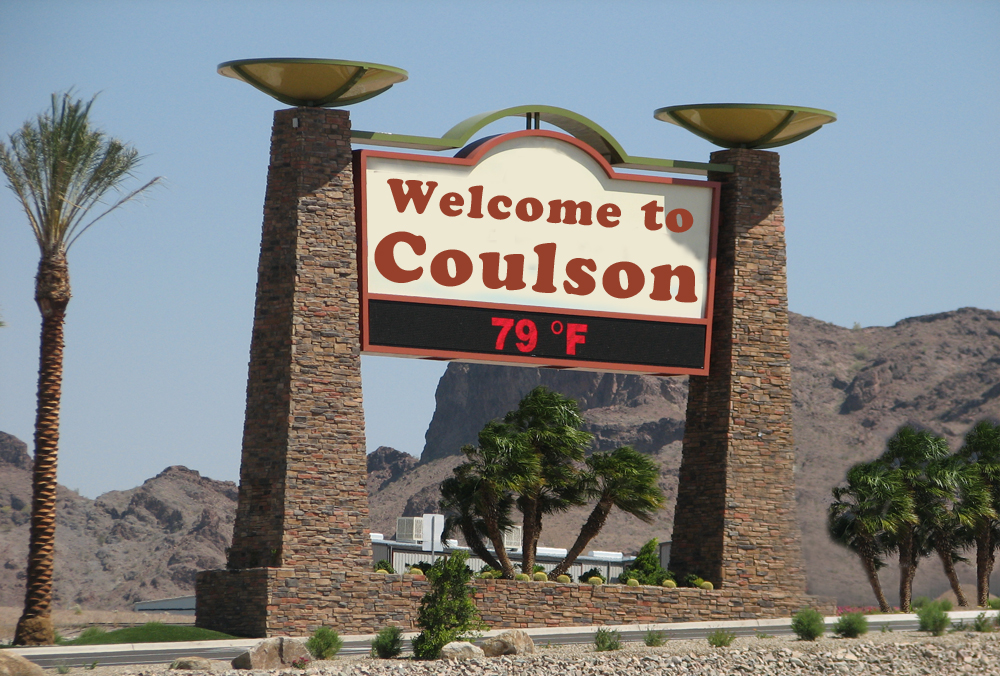 Of Coulson’s Wife, one reviewer wrote it was “a bit far fetched.” I thought about that observation, wondering what about the story he found unbelievable. I don’t think the human story of Mary Ellen and Randall was far fetched, especially for that moment in time.

I then wondered if the reviewer was referring to the fact Randal Coulson founds the town of Coulson. If that was the part he found difficult to believe, well, truth really is stranger than fiction.

Coulson and its founding were inspired by the true story of my home town, Lake Havasu City, Arizona. The fictional community of Clement Falls was inspired by the Hualapai Mountain near Kingman, about an hour from Havasu.

Coulson is approximately 15 years older than Lake Havasu, but they share a similar history. I suppose I could have really thrown an unbelievable element into the story – like have Randall Coulson buy the London Bridge, take it apart, drag it across the globe and reconstruct it Coulson. But, they already did that in Havasu.